Spurs Weekly: San Antonio Is The Hottest Team In The NBA 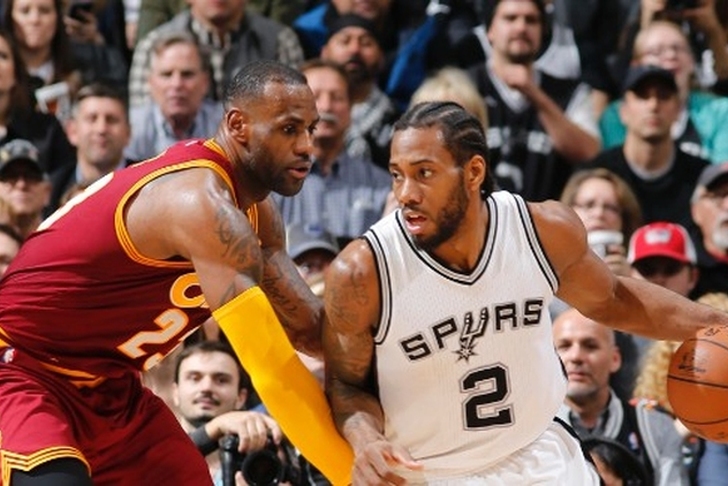 The San Antonio Spurs are playing better than anyone else in the NBA, currently riding an 11-game winning streak and 33-game home winning streak that dates back to last regular season. Let's get you up to speed with the week that was and the week ahead with our Spurs Weekly update:

Last Week:
San Antonio started the week with road victories in a back-to-back set against the Brooklyn Nets (won 106-79) and the Detroit Pistons (won 109-99) before returning home to a showdown with the Cleveland Cavaliers. After falling behind by double-digits in the first half, San Antonio used a dominant second half to win 99-95.

What's Next?
San Antonio has three days off before starting a three-game road trip, facing the Phoenix Suns and Thursday, Los Angeles Lakers on Friday, and Golden State Warriors on Monday.

Injuries:
Point guard Tony Parker left their win over the Mavs on Sunday with soreness in his right hip, and is officially listed as day-to-day going forward.

Boban stares down Evans after dunk