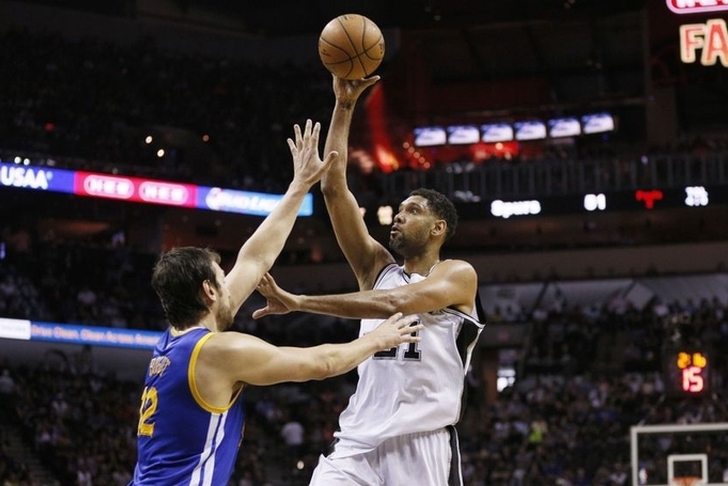 Per an official team announcement on Twitter, Duncan will be held out by head coach Gregg Popovich due to soreness in his right knee. More on this story inside the Chat Sports iPhone and Android apps.

Duncan sat out Thursday's road game against the Phoenix Suns on a normal day of rest for the front end of a road back-to-back. He returned Friday for the team's win over the Los Angeles Lakers, but exhibited hesitation and tenderness on his right leg.

Just over halfway into the season, the Spurs are entrenched near the top of the Western Conference standings -- just two game behind the Warriors in the loss column for the #1 overall seed. So, Popovich giving Duncan another day of rest may just be a precautionary measure to save him for games down the stretch/in the playoffs.

More details on this as additional information is made available in our Chat Sports iPhone and Android apps.