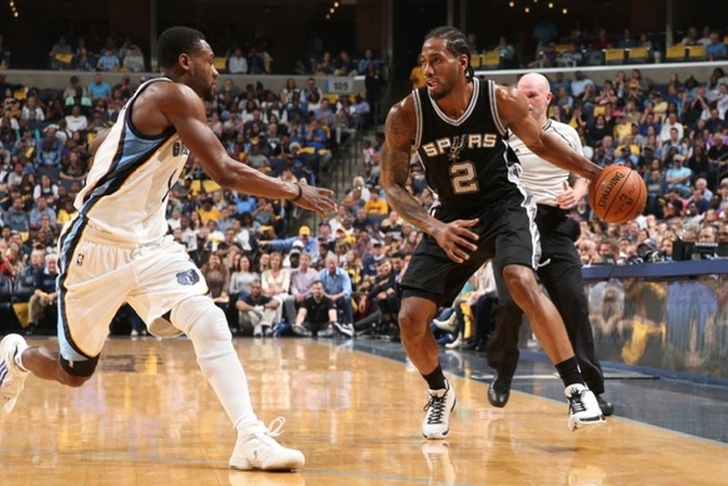 We expected this series to be nothing more than a formality, and that's exactly what it turned out to the be.

The San Antonio Spurs overwhelmed an undermanned Memphis Grizzlies team in the second half to earn the 116-95 victory and advance to the Western Conference Semifinals. San Antonio dominated this series from start to finish, winning three of the four games by at least 21 points.

Memphis was able to keep it close in the first half despite an 18-minute delay after the lights went out in the arena in the second quarter as the Spurs led just 47-45 at the break. However, the Spurs turned this into a blowout by outscoring the Grizzlies 37-21 in the third.

The win is also a monumental mark for Spurs head coach Gregg Popovich, who became the first coach to sweep nine playoff series in their career. Tim Duncan also moved to second on the NBA all-time playoff wins list (155).

The Spurs will take on the winner of the Thunder vs. Mavs series in the next round. Oklahoma City currently leads Dallas 3-1.