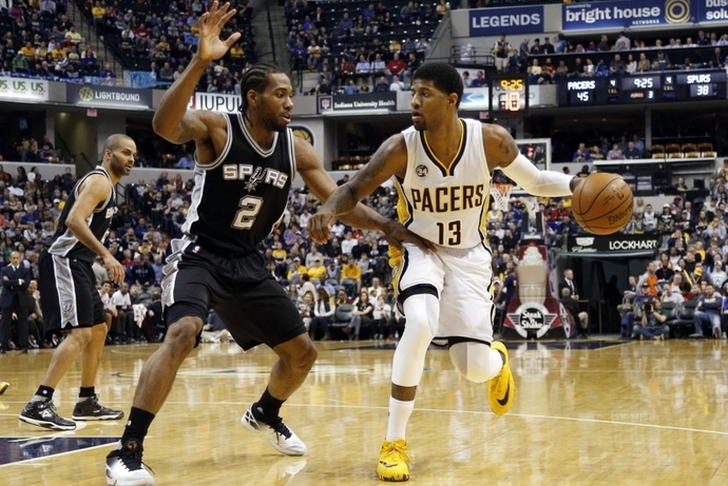 The San Antonio Spurs are unusually busy the day of the NBA Draft.

They are reportedly shopping LaMarcus Aldridge in hopes of landing a top 10 pick, but that's not the only blockbuster trade they have their eyes on. According to Steve Kyler of Basketball Insiders, the Spurs have emerged as a "serious player" in trade talks for Paul George.

League sources peg Portland and San Antonio as the newest serious players in the Paul George race. Spurs said to have a real shot at him.

Same source said Paul George would have serious interest in Spurs but would not commit to stay beyond the season.

It remains to be seen what the Spurs are offering the Indiana Pacers for George, but there's a chance they are trying to acquire that top 10 pick to include in the deal.

The Lakers, Clippers, Wizards, Rockets and Cavs are also talking with Indiana about a possible George trade.