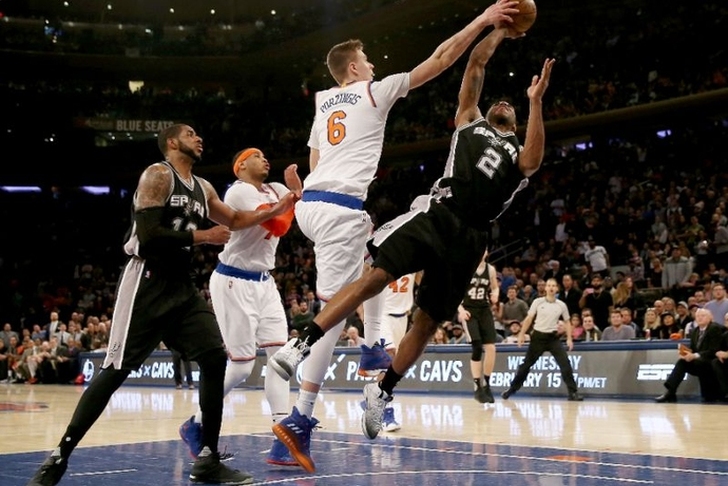 The San Antonio Spurs were one of a handful of teams that contacted the Knicks yesterday about a possible Kristaps Porzingis trade, according to Adam Zagoria of ZagsBlog.com.

The source said Philadelphia, Phoenix and San Antonio have called regarding Porzingis. The Daily News also reported that Boston contacted the Knicks.

New York surprisingly revealed yesterday that they were open to trading Porzingis, but recent reports indicated that they are listening to offers rather than actively shopping the 7-foot-3 Latvian.

It remains to be seen what San Antonio is willing to offer New York, but the Knicks' asking price is definitely high. The asked the Suns for Devin Booker and the No. 4 pick in the draft in exchange for Porzingis, which Phoenix turned down.

The Spurs were shopping LaMarcus Aldridge at the beginning of the season, and their best offer would probably involve him, the No. 29 pick in the draft and a future first-round pick - but that is all speculation.