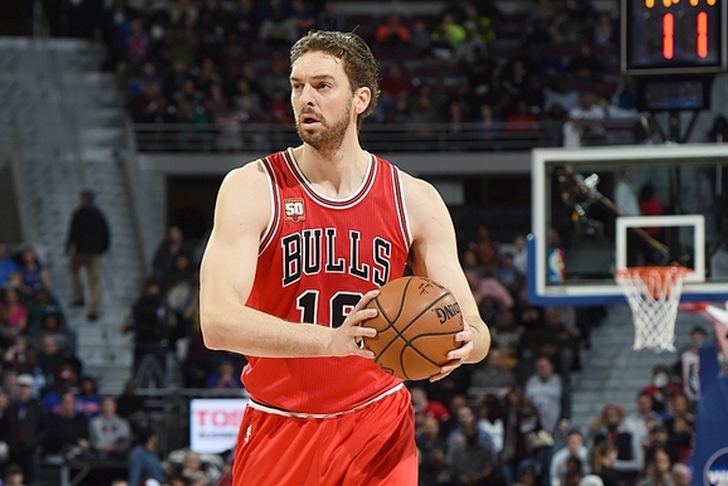 The San Antonio Spurs were surprisingly eliminated from the playoffs by the Thunder in the second round, and with questions about the futures of Tim Duncan and Manu Ginobili, they have a few holes to fill as they try to win another championship. Here's all the latest Spurs rumors you need to know:

Latest on futures of Tim Duncan, Manu Ginobili
There has been plenty of speculation in San Antonio about whether legendary stars Tim Duncan and Manu Ginobili will retire or return for another season. The Vertical's Adrian Wojnarowski gave his insights on The Vertical Podcast with Chris Mannix:

“Tim Duncan’s future is still uncertain. Tim Duncan’s date is coming up here soon (Wednesday), where he’s going to either opt into his deal into the final year – now he can opt into the deal, get his money and still decide to retire, and then the Spurs could pay him almost as a going away. But I don’t know that you’re going to have a answer on Tim Duncan’s future before the start of free agency. He’s as liable to walk into Pop’s office any day and say ‘hey, I’m playing, or I’m not playing.’ He’ll call R.C. Buford in, ‘hey ok,’ let’s call his agent Tim Tanner and that’s it, or this may linger. I think there’s some different scenarios in play for Tim about well, maybe you could play a certain amount of games and I think there’s a strong belief that Manu Ginobili is probably going to play another year. He’s not tying himself to Tim on what Tim does. It’s not like ‘hey, we’re going to go out together.’ I think Manu feels, if he feels like he has more in him, I think he’s going to play.”

Gasol a top priority for Spurs
Wojnarowski continued to talk about the Spurs and discussed their plans for free agency - specifically them going after Pau Gasol:

"I’m told that Pau Gasol is a real priority for them," he said. "They tried to get him before he signed with Chicago."

Chicago isn't expected to re-sign Gasol as they try to makeover their front line. San Antonio would pair Gasol with LaMarcus Aldridge in the post, taking Duncan's starting spot at center. Gasol averaged 16.5 points and 11.0 rebounds per game last season.

Conley souring on Spurs?
Mike Conley is the top point guard available on the open market this summer, and the San Antonio Spurs were one of the leading candidates to sign him away from the Memphis Grizzlies this summer. However, according to SB Nation's Tim Cato, Conley is starting to have reservations about joining the Spurs:

on @1033fmESPN, @espn_macmahon said a source told him that Mike Conley has serious worries about going to the Spurs because of Tony Parker

This news came just hours after the Grizzlies released a short film about Conley yesterday, undoubtedly to help their recruiting pitch in keeping their star point guard:

ICYMI: Watch the @memgrizz premiere. A film by Craig Brewer. Our Conductor.https://t.co/Ylab5VNJcz

Along with the Grizzlies and Spurs, Conley is being heavily pursued by the Dallas Mavericks. He averaged 15.3 points and 6.1 assists per game last season.