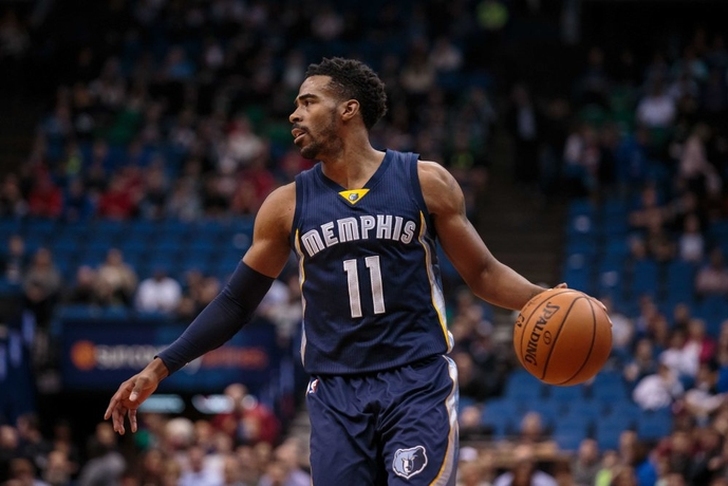 The San Antonio Spurs were surprisingly eliminated from the playoffs by the Thunder in the second round, and with questions about the futures of Tim Duncan and Manu Ginobili, they have a few holes to fill as they try to win another championship. Here's all the latest news and rumors surrounding the Spurs' plans this offseason:

Spurs the favorite to land Mike Conley?
Mike Conley is the top free agent point guard available this offseason, and he's expected to be the top target of every team with a need at that position. Though he has been most often linked to the Knicks and a return to Memphis, Basketball Insiders says the Spurs are a team to watch:

The dark horse in the Conley race is the Spurs. More than a few league insiders have pegged the Spurs as having more than a passing interest in Conley as a free agent and, much like with Durant, they are prepared to break apart some of their core to lock in another high level player.

Tony Parker had his worst year since his rookie season, and there are also questions as to how much he can still provide the Spurs. If San Antonio decides to look for a new starting point guard, Conley is their guy. He is a defensive specialist with underrated scoring ability and is an excellent leader, meaning he would fit in perfectly with San Antonio.

West opts-out of contract, to retire?
Veteran forward David West signed a two-year deal with the Spurs last season for the veteran's minimum to try and win a title in San Antonio, but has opted-out of his deal, according to The Vertical's Shams Charania:

West, 35, now faces a final decision on continuing his playing career, and would assuredly consider a return to the Spurs. The Spurs could give West a more lucrative deal depending on their free-agent pursuits.

Spurs to sign former 2nd-round pick?
San Antonio has a long history of drafting European prospects and letting them develop overseas before signing them, and the next player they plan to bring over is Davis Bertans, according to EuroHoops.net:

The San Antonio Spurs are always having their eyes open in the European market and in this case their interest is not a secret. Davis Bertans of Laboral Kutxa may end up in Texas after all. The Latvian forward who was selected with the 42nd pick in the 2011 NBA Draft by the Indiana Pacers and had his rights traded to San Antonio, can make the jump to the NBA. According to Eurohoops sources, the Spurs are ready to make him an offer for a minimum contract.