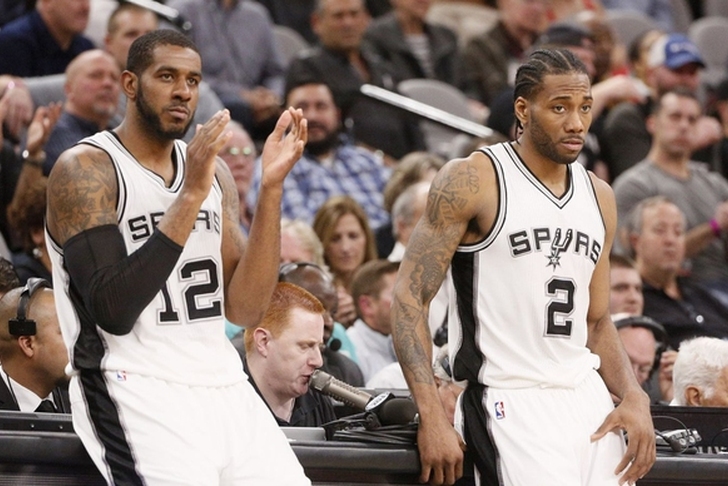 No Tony Parker, no problem for the San Antonio Spurs.

Despite not having their starting point guard, the Spurs were dominant defensively as they held the Houston Rockets to their lowest point total of the season in a 103-92 victory. The win gives San Antonio a 2-1 series lead and gives them home court advantage back.

The Spurs limited Houston to just 36.4 percent shooting from the field, including 30.8 percent from three-point range. That was the biggest difference in the game, but they were also able to dictate the tempo by holding the Rockets to just nine fast break points (San Antonio had nine of their own).

The tide of the game changed in the second quarter, when the Spurs held the Rockets to just 18 points as San Antonio took a 43-39 lead into halftime. They stretched their advantage with a 12-4 run to start the third quarter, and when Houston was threatening to climb back in the game in fourth, the Spurs went on another 12-4 run to build their first double-digit lead and put the game away.

Jonathon Simmons beats the buzzer at the end of the 3rd! #GoSpursGo #NBA #NBAPlayoffs pic.twitter.com/GzXNCvqG42

LaMarcus Aldridge had arguably his best game of the postseason with 26 points and seven rebounds, while Kawhi Leonard added 26 points and 10 rebounds. He also ran the offense for most of the night in Parker's absence, and finished with seven assists.

James Harden had another stellar performance for the Rockets (43 points, five assists), but he was arguably the only guy who played well for Houston. Clint Capela did contribute a double-double (12 points, 16 rebounds), but Trevor Ariza (17 points) was the only other player in double figures.