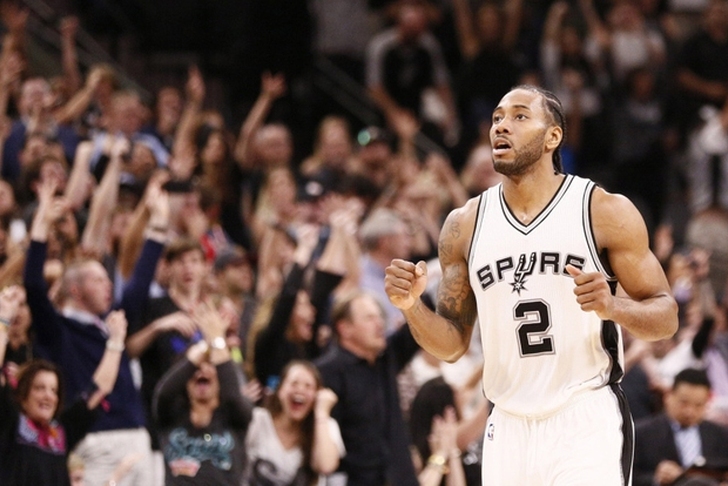 After dropping two straight games on the road, the San Antonio Spurs re-gained control of the series in Game 5, holding off a second-half rally from the Memphis Grizzlies to get the 116-103 win.

Kawhi Leonard led the way once again with 28 points and six assists, but got help from a pair of veteran teammates in Tony Parker (16 points) and Manu Ginobili (10 points) as San Antonio was able to survive a tight fourth quarter. Ginobili had not scored in the series until this game.

Patty Mills also scored 20 points off the bench, as the reserves combined for 46 points.

A back-and-forth first half saw the Spurs take a 55-49 lead into the break, but appeared ready to break the game open after a 26-14 run at the start of the third quarter.

That assist. That shot. pic.twitter.com/NofTDyHe38

Of course, Memphis had an answer in them. Led by Mike Conley (who finished with 26 points), the Grizzlies clawed their way back into the game, cutting the deficit to four points early in the fourth quarter.

The game remained tight for several minutes, but San Antonio went on a 12-0 run in the closing minutes to ensure the victory.

David Lee (@Dlee042) comes up with the HUGE throwdown for the #Spurs! #GoSpursGo #NBA #NBAPlayoffs pic.twitter.com/Odbk5mwzOG

San Antonio can clinch the series in Game 6, which is set for 9:30 pm ET on Thursday on TNT.