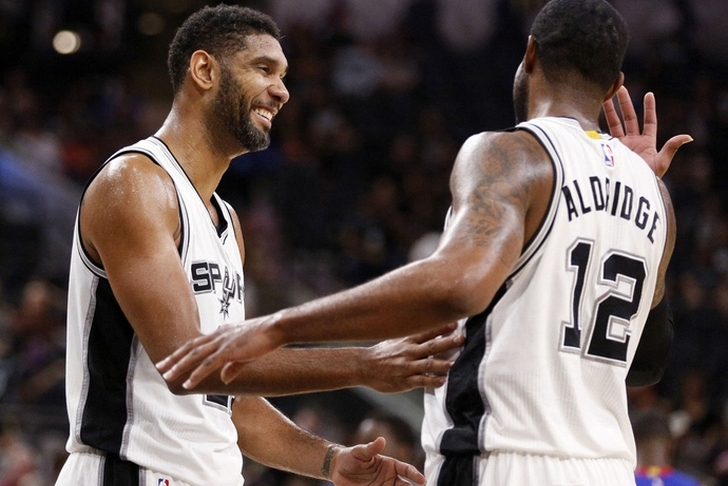 The San Antonio Spurs scored the first basket and never trailed against the Memphis Grizzlies Tuesday night. The No. 2 seeded Spurs cruised to an easy 94-68 win over the No. 7 seeded Grizzlies, as Memphis was unable to get shots to fall. Every Spurs player scored in the win.

The Grizzlies put up just 11 points in first quarter, falling behind 22-11 and never recovered. The Grizzlies struggled badly from the field, hitting just 32.6 percent of their shots. Memphis was just 2 of 14 from beyond the arc. The Spurs, meanwhile, shot 47 percent and were 9 of 17 from 3-point range.

LaMarcus Aldridge and Kawhi Leonard once again played well for the Spurs. Aldridge had 10 points, eight rebounds and four blocks. Leonard had 13 points. They, and the other Spurs' starters, could have put up bigger numbers if they didn't sit out the fourth quarter. Patty Mills had a great game off the bench, dropping a game-best 16 points and hitting four 3-pointers. Kevin Martin added 10 off the bench.

Tony Allen was the leading scorer for the Grizzlies, a clear sign things did not go their way. Zach Randolph had 12 rebounds and 11 points, but was just 5 of 17 from the field. Matt Barnes took the second most shots for the team, but made just three of them for nine points.