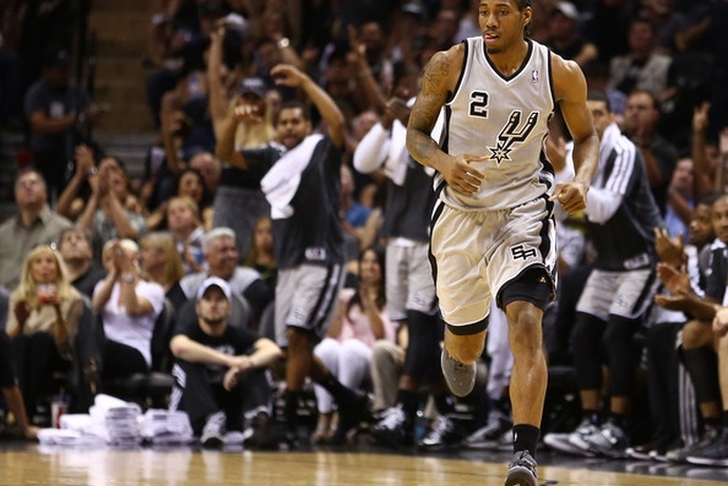 The San Antonio Spurs came into their series as heavy favorites against the Memphis Grizzlies, and it was easy to see why in Game 1.

Memphis, who has been ravaged by injury this season and are without stars Mike Conley and Marc Gasol, was able to play San Antonio relatively tight in the first half, trailing just 48-37 at the break.

However, the Spurs quickly turned this into a laugher in the third quarter, closing the period on a monstrous 24-6 run to take a 30-point lead. Memphis never threatened again as the Spurs picked up the 106-74 win.

San Antonio was led by the usual suspects in this one as Kawhi Leonard scored 20 points to go along with for steals, while LaMarcus Alridge chipped in 17 points. Neither played in the fourth quarter.

Vince Carter (16 points) and Lance Stephenson (14 points off the bench) were the only players who scored in double figures for the Grizzlies. Memphis struggled to score all night, shooting just 39.2 percent from the field.