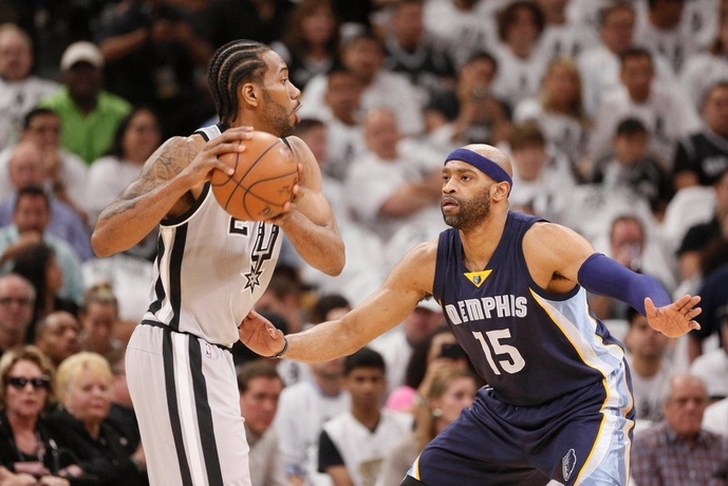 At halftime, it was a 52-49 lead for the San Antonio Spurs and the Memphis Grizzlies were still very much in the game. But things got out of hand in the third quarter and the Spurs rolled to a 111-82 win in Game 1 of the Western Conference series.

Memphis was actually up by six early in the second quarter, but didn't have enough to pick up the win. The Spurs exploded in the second half, outscoring Memphis 32-15 in the third and 27-18 in the fourth.

The Grizzlies were done in by a terrible bench effort, which combined for just 25 points. Nearly all of that came in the fourth quarter with the game already out of hand. Marc Gasol had his best playoff game ever, posting 32 points and five boards. Mike Conley had 13 points, five rebounds and seven assists, but no other player topped six points.