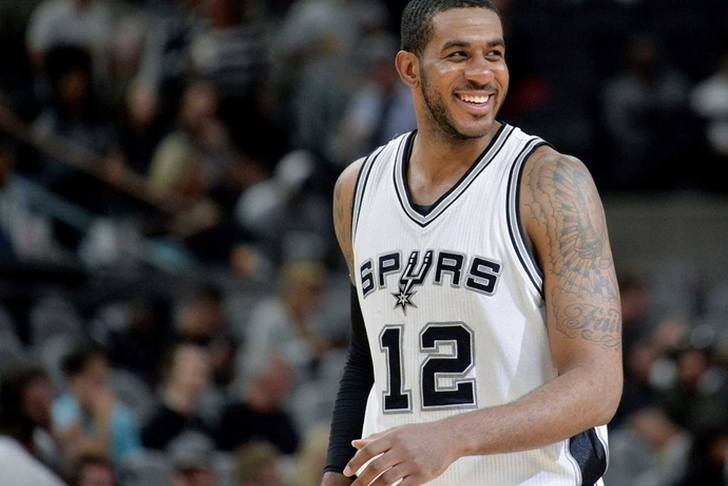 The San Antonio Spurs had zero problem with the Oklahoma City Thunder Saturday night. The Spurs crushed the Thunder 124-92 to win Game 1 of the Western Conference Semifinals. The game was not as close as the score might indicate.

The Spurs started the game on fire, putting up an NBA record 43 first quarter points. The game was over at that point, with the Spurs up 43-20. They led by as many as 43 at one point.

San Antonio was lights out from the field, shooting 60.7 percent and 60 from beyond the arc. They had 39 assists and just seven turnovers. Every Spur scored in the victory.

LaMarcus Aldridge led the way for San Antonio. He had 38 points on 18 of 23 shooting. He also added six rebounds. Kawhi Leonard had 25 points, five rebounds and five assists. Tony Parker had just two points, but added 12 assists. Danny Green was 6 of 7 from the field and 5 of 6 beyond the arc for 18 points.

Kevin Durant was the top player for the Thunder, with 16 points, eight rebounds and six assists. Serge Ibaka had 19 points. Russell Westbrook came back down to earth after dominating the Dallas Mavericks last series. He had 14 points and nine assists, but was just 5 of 19 from the field.