What we learned from the Spurs win over the Bucks 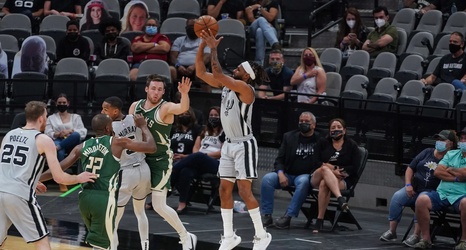 The Spurs pulled off an unexpected upset inside the AT&T Center on Monday night, blowing out the surging Milwaukee Bucks while ending their five-game skid. San Antonio hung a franchise record 87 first-half points on Giannis Antetokounmpo and crew on their way to recording a season-high 146 points by the end of the evening.

The starting lineup came out guns blazing, setting the tone early and combining for a mindboggling 92 points. But it was the second unit, who outscored the opposing bench 54-30, that gave the Silver and Black the push they needed to overcome a legitimate Eastern Conference title contender with plenty of motivation to fight for a dub.