Tinkering with the San Antonio Spurs’ rotation to turn things around 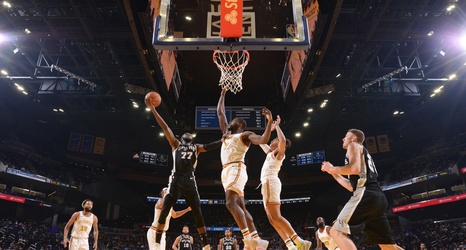 While it’s hard not to feel like the 2019-20 season is lost already, the San Antonio Spurs still have 67 games left to turn things around. With a shocking 5-10 record and their longest losing streak since franchise cornerstone Tim Duncan was drafted, the Spurs are in dire need of a change to the lineup.

Teams coached by organizational mastermind Gregg Popovich have never started as poorly as this group, though it’s hard to suspect he doesn’t find a way to pick up the pieces and salvage this season. San Antonio exceeded expectations by finishing seventh and nearly earning a trip to the second round of the playoffs last year, then added new pieces and returned point guard Dejounte Murray in the summer.