Tim Duncan is the “King of the Double-Doubles” 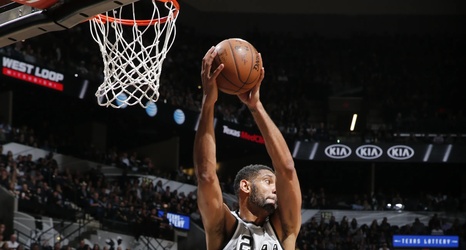 In a recent article on Fade Away World, the top NBA rebounders were revealed.

Coming in with 544 double-doubles is none other than David Robinson. But the top spot (almost three-hundred more than The Admiral) is Timothy Theodore Duncan.

At 841, he tallied twenty-seven more than The Mailman, Karl Malone.

Widely regarded as the greatest power forward in NBA history, Duncan had around 10 seasons of averaging a double-double to achieve this amount.