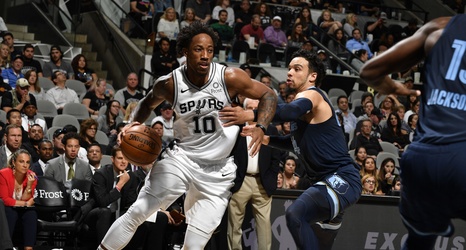 After a slow start, the San Antonio Spurs finished the preseason with back to back victories. Coming off of a 128-114 win over the Rockets on Wednesday, the Spurs rolled over the Memphis Grizzlies on their way to a 104-91 victory. San Antonio will be riding a nice little hot streak into the start of the regular season.

The Grizzlies were coming off of a win as well but couldn’t get enough good looks against a smothering Spurs defense. The pairing of Ja Morant and Jaren Jackson Jr. was as impressive as Memphis could have hoped it would be.