The Spurs taste victory thanks to DeMar DeRozan and Dejounte Murray 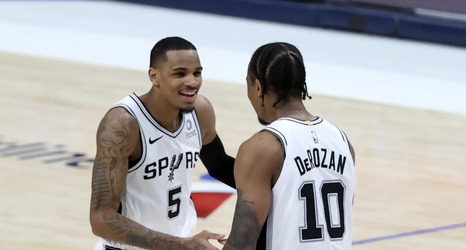 The Spurs played hard — the Spurs played well. And their effort was rewarded with a win against the Mavericks. DeMar DeRozan had his fingerprints all over this game with not only the game winning shot but also leading all players with 33 points and 8 assists. Dejounte Murray poured in 25 points with 4 steals on the defensive end.

DeMar DeRozan was masterful this game. He played big minutes, carried the scoring load alongside Murray, and set up his teammates for scoring opportunities.

Here, DeRozan weaved his way through tight traffic for this pretty lay-in:

Not as clumsy or random as iso-ball; an elegant ball movement for a more civilized age.