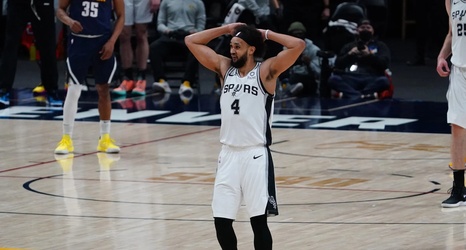 The San Antonio Spurs’ losing streak extended to five games with a gutsy loss to the Denver Nuggets. The Spurs have their worst losing streak of the season, but it wasn’t for lack of trying, as the Spurs took the game down to the very last millisecond in a 121-119 loss.

Part of the frustrating 9-game stretch prior to Friday night had been due to the loss of Swingman Lonnie Walker IV, who made his comeback 10 games after being pulled for an injured wrist. San Antonio’s 10-man rotation was not fully assembled, with Gorgui Dieng sitting this one out after he re-aggravated his shoulder injury last game.