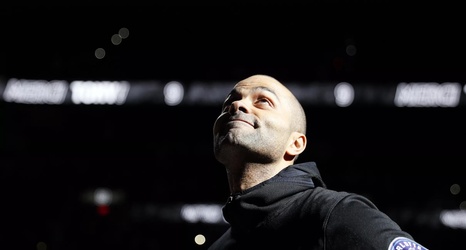 The San Antonio Spurs are one of the most storied franchises in NBA history, and Tony Parker is one of their most decorated players. The speedy point guard was a six-time All-Star, four-time champion, and one-time Finals MVP for a dynasty that lasted more than a decade.

Tony came to the Spurs as an unheralded teenager and worked his way to NBA stardom. His lightning-quick first step combined with his patented teardrop devastated defenses, and the city of San Antonio fell in love with his helter-skelter style of play.

Tim Duncan, Manu Ginobili and Tony Parker formed a formidable triumvirate in their time with the Spurs, and the latter was last of the “Big Three” to exit the league when he retired this summer.