The Pacers exploded in the second quarter to sink the Spurs 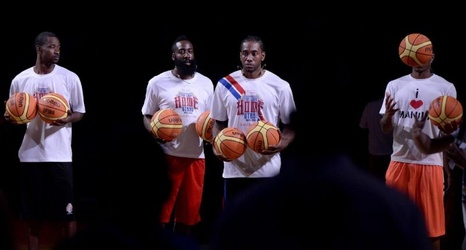 Another game, another singular stretch of play sinks the Spurs. Whether it’s poor play on their part, the opponent going nuclear on offense, or a little bit of both, it has been a staple in so many of San Antonio’s recent losses. This time, it was the Indiana Pacers — the only team in the league that attempts fewer threes per game than the Spurs — who exploded from beyond the arc for a stretch to waste an otherwise decent (but not great) performance by the undermanned Silver and Black.

That stretch was the second quarter, when the Pacers nearly matched their season average of made three-pointers in a game, hitting 9-14 from outside while winning the frame 40-23.