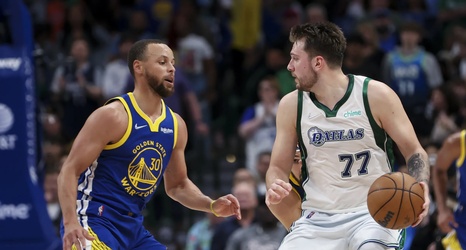 The conference finals are here. Last year’s Finals foes are both gone, and two inexperienced coaches will have to lead their teams past experienced opponents. It could be a fantastic end to an unpredictable NBA season. So let’s look at how we got here, and the matchups.

Are you surprised at all by the teams that made it to the conference finals and those who didn’t?

Marilyn Dubinski: When factors such as health are taken into account, not overly. Obviously the most surprising exclusion is the league-leading Phoenix Suns. Chris Paul was “reportedly” dealing with a quad strain over the final few games of his NBA-record 5th time of losing a series after taking a 2-0 lead, but that doesn’t excuse Devin Booker for being a complete no show in the end, and their depth still should been enough to overcome a Mavs team that, for the most part, is a one-man wrecking crew.