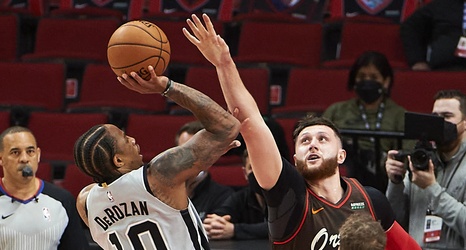 The Spurs could not keep up with the Portland Trail Blazers as the Trail Blazers bullied the good guys offensively. DeMar DeRozan had 20 points while Lonnie Walker IV poured in 18 points and 8 rebounds.

For five of the last seven games at least, Lonnie Walker IV has shown more confidence in his game. His scoring output has directly coincided with his minutes played, but Spurs fans continually hope that he continues to find a way to make an immediate impact on the game in any minutes that he’s on the floor. Here, Walker shows off his crossover moves and finished with a nice pullup teardrop: