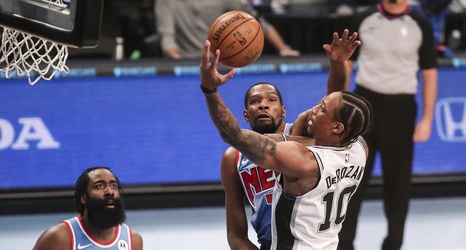 The team without an All-Star went up against the All-Star team without a coach, and the former faded down the stretch in an otherwise competitive game. DeMar DeRozan led the Spurs with 21 points while Dejounte Murray and Patty Mills each poured in 15 points apiece. Murray also notched a double-double in the loss by grabbing 11 rebounds.

That being said, Dejounte Murray has been a revelation this season. He’s like Schrödinger’s point guard where it feels like he’s both too old and too young all at the same time. The 5th year PG (4th full season) does it all: leading the team, running point, dishing out assists, scoring, tallying steals, and grabbing rebounds.