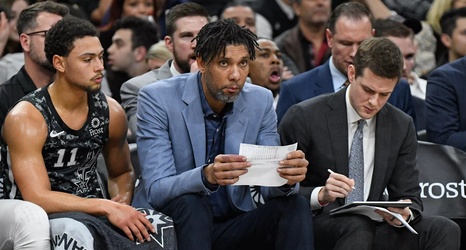 Stuff Stephen Jackson has to say about the Spurs isn’t always popular these days, but some (if not all) of Spurs fans probably agree with his latest statement, at least to an extent: that Tim Duncan should be the Spurs’ next head coach. Speaking to ESPN San Antonio ahead of the Super Bowl, he had the following to say:

“It has to be someone who is comfortable moving over to that next seat and not worrying about their spot. I think it should be Tim Duncan. If Pop decides to step down, it should be somebody the players will respect and comes from their winning culture.