Spurs: Where did three-point marksman LaMarcus Aldrdige disappear to? 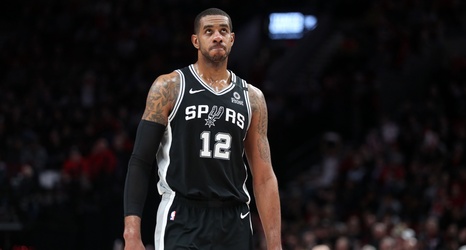 The San Antonio Spurs have been forced to experiment with different plans of attack as they’ve struggled to find ways to win. One particularly interesting wrinkle that emerged earlier this year was the evolution of LaMarcus Aldridge into a premier three-point threat.

Despite other bigs around the league stretching their games out past the arc, Aldridge had never really bought into the revolution. Coming into this year he had made just 60 three-pointers in his time in a Spurs uniform. There’s been a dramatic shift this year as Aldridge is now up to 55 made three’s on the season.