Spurs Summer League roster was the oldest in Las Vegas 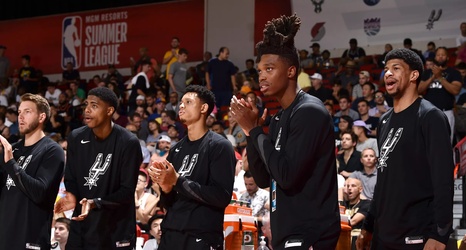 With Summer League wrapped up, the players are now all looking for permanent teams to join this fall. Considering that many squads were made up of their most recent draftees and in some cases sophomores players who are still getting more playing time with their G-League affiliates, there were many seasoned players attempting a comeback via the Las Vegas action.

An article of the oldest players in Summer League was released, and of the twenty listed five were playing for the San Antonio Spurs: