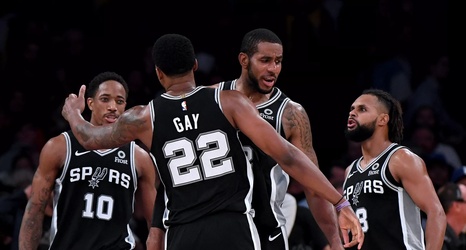 It’s September 30, and that means one thing: basketball is officially back! Kinda. The Spurs are reporting to training camp today for physicals, media day, etc. Practices will begin tomorrow, and the first preseason game is this Saturday against the Orlando Magic.

They have also released their official training camp roster, including the recent additions of Daulton Hommes and Dedric Lawson (who are the two likely cuts as both two-way player spots are filled by Drew Eubanks and Quinndary Weatherspoon).

One thing that will never get old: seeing Tim Duncan on that roster no matter the capacity.