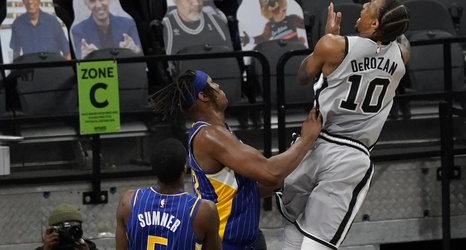 Another game, another disappointing loss for the Spurs in a winnable game against a hurting team. This one, just like the last, had to go to overtime before a victor could be decided, but the same fate the Spurs faced against Atlanta in overtime on Thursday was the same fate awaiting them tonight.

The shorthanded and struggling Indiana Pacers came into Saturday on the back of three straight losses including one the night before at the hands of the feisty Charlotte Hornets. The Pacers had a 21-29 record which was good for 9th in the weak East.