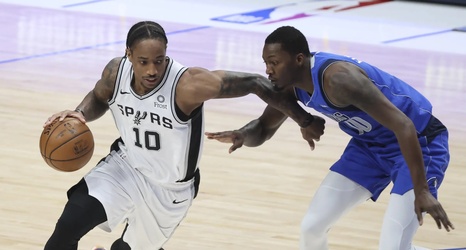 Despite a litany of runs made by Dallas throughout the second half, San Antonio was able to fend off the season sweep by the Mavericks, while ending their five game losing streak at the same time. DeMar DeRozan connected on a game-winning jumpshot to end a back-and-forth fourth quarter between the class of the Southwest Division for the last two decades.

Dallas was led by Kristaps Porzingis (3 points and 15 rebounds) and Luka Doncic (29 points and 7 assists) in the loss, while converting only 13 of 42 from distance.