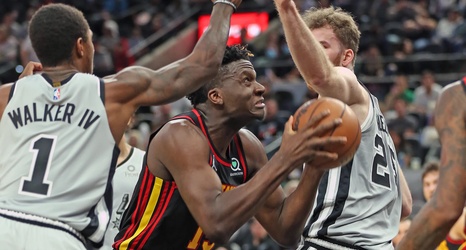 The Spurs started the game tonight doing a lot of good things, playing with energy and shooting and hitting more three point shots, but the Hawks turned on their offensive firepower at the end of the first half and the Spurs offense fell off a cliff in the third quarter as Trae Young and the Hawks blew the Spurs out of the gym with hot shooting from all over the court. Dejounte Murray played another solid game for the Silver and Black, and Bryn Forbes had his best scoring night of the season with 23 points, but the inability to keep the Hawks from scoring at will made all of that academic.