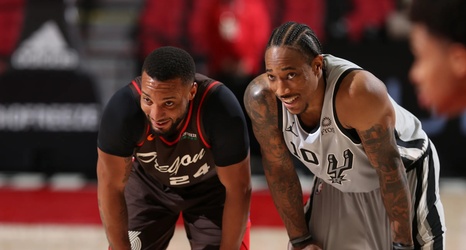 The Spurs couldn’t keep pace with a high-powered Portland offense, losing 102-124, as the Trail Blazers outshot, outrebounded, and outhustled San Antonio in their final meeting of the regular season.

DeMar DeRozan led the Silver and Black with 20 points, two rebounds, and four assists. But 30 points from Damian Lillard and another 27 from C.J. McCollum helped Portland seal the deal on Saturday night.