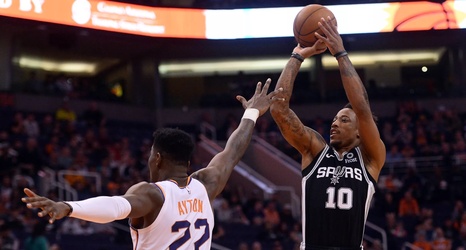 In the fourth quarter, this game started to have a familiar feel for Spurs fans, as the Silver and Black squandered a huge lead and began to crumble in the fourth quarter, and the Suns took their first lead in the last few minutes of the game. The big lead was built by an amazing first half from Bryn Forbes where he 7 three-point shots, but he only scored one basket in the second half, albeit an important one. Devin Booker went crazy in the second half and almost single-handedly won the game for the Suns.