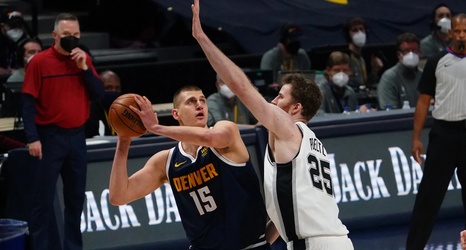 The Spurs fell to the Nuggets again on Friday night in an up and down contest that saw the Silver and Black drag themselves back from the verge of getting blown out multiple times before finally succumbing at the buzzer to a relentless Denver attack. In the end, despite multiple chances to tie the game in the final seconds, the Spurs came up just short of a much-needed victory against one of the best teams in the West.

Derrick White paced the Spurs with 25 points while DeMar DeRozan put up 24 points and 10 assists and Jakob Poeltl added 13 points and 10 rebounds.