Power Rankings, Week 20: The Spurs are down, but not out - yet 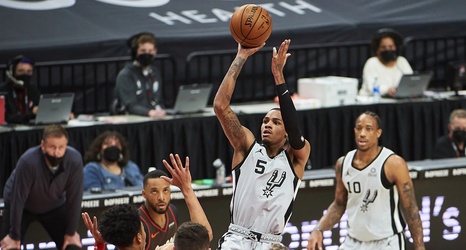 These last few games of the regular season for the San Antonio Spurs have been one of the toughest in the league. The Spurs played a hot Utah Jazz team - twice - and then a Sacramento Kings team also fighting to get into the playoffs, followed the next night by a strong Portland Trail Blazers. And next week will be harder with two back to backs and 5 games in 7 nights.

Week 20: The first two games of this week were against the shorthanded Utah Jazz but that didn’t stop the Jazz, either night.