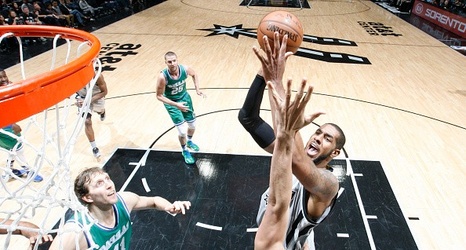 If there’s one thing the Spurs want to avoid, it’s beating themselves.

These days, it appears that may be the only way the team loses a game.

The Dallas Mavericks were hoping that was the case after the first quarter of Sunday’s game, but in the end the score favored the Spurs, 112-83, at AT&T Center, where the team remains undefeated (24-0) this season.

LaMarcus Aldridge scored 13 of his game-high 23 points in the third quarter, while Boris Diaw led the Spurs’ bench, scoring 16 of the 66 points.