Player or coach, there’s only one Tim Duncan 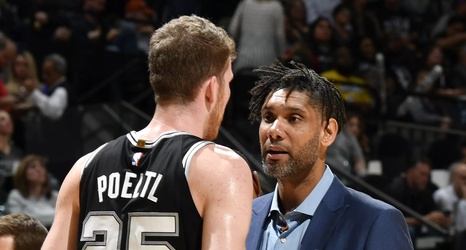 Beyond three jersey retirement ceremonies, including his own, hardly anyone outside the Spurs organization has heard much from Tim Duncan since he was last on the court during the 2016 playoffs. As a result, the announcement this summer that he was returning as an assistant coach and many media members ready for an illusive interview that was they weren’t even afforded when he announced his retirement.

Marc Stein of The New York Times was one such journalist who went to two early Spurs games with the hopes of scoring some questions with Big Fun.