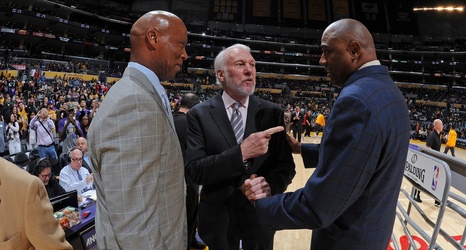 Paul Pressey played for the San Antonio Spurs from 1990-1992 after spending his first eight seasons with the Milwaukee Bucks. During his two seasons with the Spurs, Larry Brown was Pressey’s head coach. Gregg Popovich was an assistant at the time.

In 1992, Pop left San Antonio (in what best equates to teenage rebellion) and headed to Golden State to serve under Don Nelson. Paul Pressey also went to Oakland at the same time. But this time he also served under Don Nelson as an assistant coach. Due to injuries plaguing the Warriors, Pressey came out of retirement to play.