On This Day: Tim Duncan has one last classic playoff game 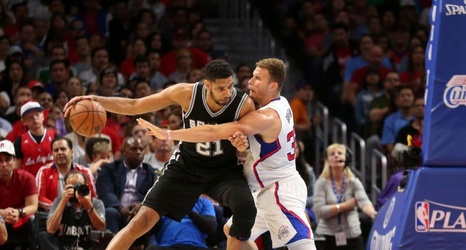 In less than a month, the San Antonio Spurs will have another Hall of Famer representing them in Springfield. Tim Duncan is set to be enshrined on May 15th alongside Kobe Bryant and Kevin Garnett. While we’ll have special coverage of that event, I couldn’t overlook one of his most impressive performances ever — one that happened on this day in 2015.

Looking to defend their 2014 title, the Spurs finished the regular season 55-27 but were still somehow the sixth seed going into the playoffs.