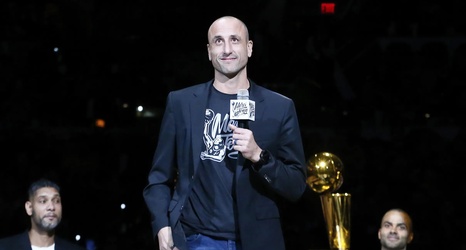 This weekend was a rare eventful one for early September in the NBA thanks to the 2021 Naismith Basketball Hall of Fame induction ceremony, which included NBA legends Chris Bosh, Paul Pierce, Ben Wallace and Chris Webber, as well as Toni Kuboc, Lauren Jackson and Yolanda Griffith. The class also featured Bill Russell, who became the fifth person to be enshrined both as a player and a coach.

Now, it’s time to start looking forward, and the Spurs are looking at a very real possibility at being represented in the next two classes. Players who retired in 2018 will become eligible for the 2022 class, and that would include none other than Manu Ginobili.