James Harden has had some rough times against the Spurs 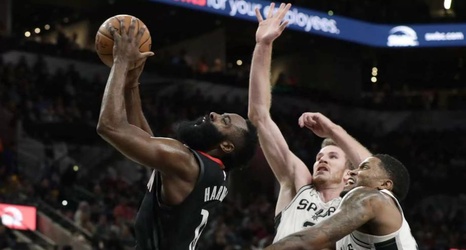 Ever since he moved to the Houston Rockets, James Harden has had some rough outings against the Spurs. As the top scorer and most prolific foul-drawer in the league, it’s always nerve wracking to see him going for the game-winning or tying shot in a tight game. It has been ingrained into the minds of opposing teams and fans that if he misses, he’ll likely draw a foul. However, the Spurs always seem ready.

@Dylangonzalez21 put a nice little highlight reel together on Twitter of at least four different occasions the Spurs have blocked Harden on clutch shots: