How do the San Antonio Spurs fare in a simulated 2021-22 season? 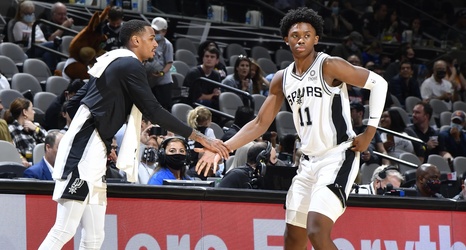 The Spurs kick off their season opener Wednesday as they play host to the Orlando Magic at the AT&T Center. While the offseason saw DeMar DeRozan, Rudy Gay, and Patty Mills depart San Antonio to join playoff contenders, it also welcomed fresh faces like Josh Primo, Thaddeus Young, and Doug McDermott.

With the youngest roster of the Gregg Popovich era and without an All-Star on their roster for the first time in franchise history, the Silver and Black are undoubtedly entering uncharted territory. There are plenty of unanswered questions. And there aren’t any championship expectations for this club, yet fans should be excited for the unknown.