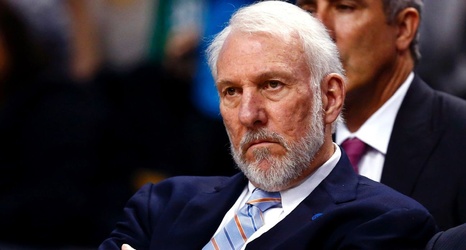 Popovich, who graduated from the Air Force Academy, expressed disgust over Trump's refusal to meet with groups he "disparaged" during the campaign.

He was in Indianapolis for his team's first meeting of the season with the NBA's Indiana Pacers.

Popovich was asked about how his upbringing near the heavily populated African-American community of Gary, Indiana, has helped him address substantive political topics with his players in this strongly partisan post-election America.

"We all hope President Trump is successful, we hope he does some good things for everyone," Popovich said.