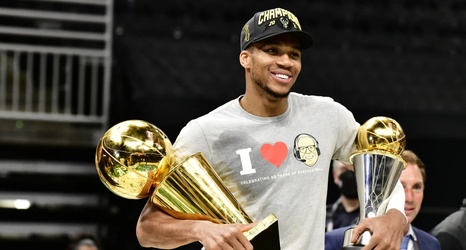 In these NBA Finals, I generally try to present a slightly different take than what you might be reading elsewhere. In the aftermath of Game Six, I originally thought of writing about how well Giannis Antetokounmpo played. Then I saw the front page of The Athletic and discovered that others might have had a similar idea:

So this post will not be entirely about Giannis. But I can’t avoid asking whether Giannis just had the best Finals close-out game ever. 50 points (out of a team total of 105), 14 rebounds (4 offensive), and 5 blocks, though only 2 assists.