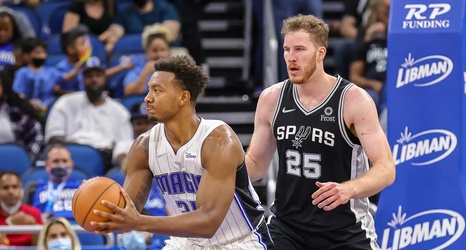 And so it begins! The San Antonio Spurs will start off their 2021-22 regular season campaign at the AT&T Center against an Orlando Magic team that profiles as one of the youngest squads to take the court this year.

Of course this Spurs team is itself far from venerable with an average roster age hovering just decimals above 25 years old, good for a ranking as the 11th youngest team in the NBA, and still a year below the NBA average.

It’s been an relatively eventful off-season for San Antonio, with the trade of DeMar DeRozan to the Chicago Bulls, and the exits of mainstay Rudy Gay and longtime bench icon Patty Mills leading to some intriguing signings and acquisitions.