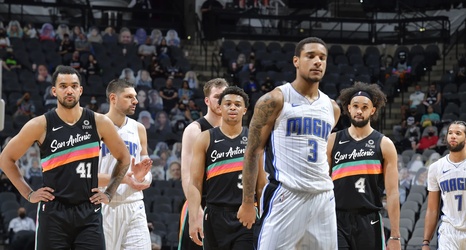 After a season-high five-game losing sent the Spurs spiraling below .500 for the first time since January, San Antonio notched a much-needed dub as they upset the Mavericks behind a last-second go-ahead bucket from DeMar DeRozan. And with the good guys immediately hitting the road for a SEGABABA with the Magic, they won’t have much time to celebrate the end of their recent skid.

Luckily for the Silver and Black, they won’t be the only ones with weary legs as Orlando also participated in a tough tilt with the Milwaukee Bucks less than 24 hours ago.