Despite a league-wide drop in ratings, the Spurs lead the NBA in local viewership 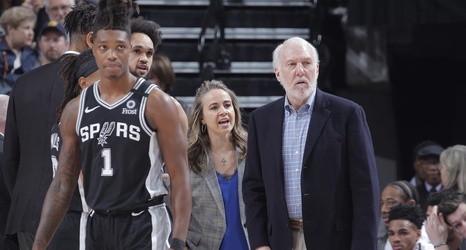 The NBA has seen a massive drop in local television ratings over the last two seasons, especially from the league’s top four viewed teams of the 2017-18 season. Per RealGM:

Local ratings for the four NBA teams with the highest local television ratings is 3.3, according to data from Sports Business Daily.

Just two seasons ago the four teams with the highest local ratings were at 7.6, representing a 57 percent drop.

During the 17-18 season, the four most-watched teams were the Warriors at a 8.