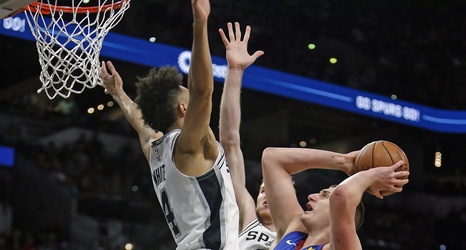 It’s no secret that the Spurs struggled on defense last season. Some of that was due to roster turnover, and losing Dejounte Murray to a season-ending injury before it even started certainly didn’t help. However, if there was one bright spot, it was the revelation of Derrick White as a premiere defender both on the perimeter and in the block.

While not overly athletic, he uses his superior footwork, discipline, and timing to stay in front of his man and not bite on pump fakes. It may have felt like robbery that he didn’t make the All-Defensive team, but his efforts didn’t go completely unnoticed.