Check out DeMar DeRozan on The Shop: Uninterrupted this Friday 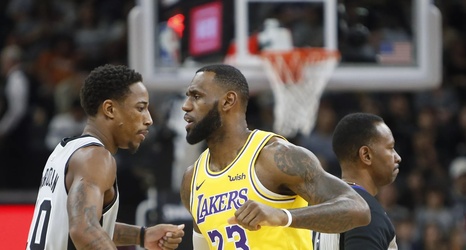 The Shop: Uninterrupted is the unscripted HBO Sports collaboration with LeBron James and Maverick Carter - a series offering unfiltered conversations featuring some of the biggest names in sport and entertainment

The October 25th show was filmed in Los Angeles and includes the landmark signing by Governor Gavin Newsom of state legislation that will permit college athletes to get paid for their names,

Our own DeMar DeRozan, a Los Angeles native, is also featured in this installment.