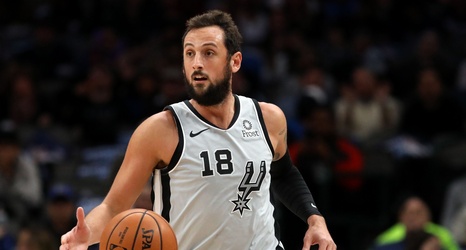 Experimentation has been a consistent part of the preliminary portion of this season for storied head coach Gregg Popovich. His rotations have been inconsistent with various groupings of players intertwined to try and solve the team’s many defensive woes.

Shooting guard Marco Belinelli has held a relatively consistent workload off the bench but hasn’t done much with his minutes. The 33-year-old is shooting just 31.5% from the field and 33.3% from three-point land, where he’s supposed to be at his best. However, Belinelli made a major impact on last night’s victory by contributing 11 points on 4-of-5 shooting in 19 minutes that saw him post a team-best +17 plus/minus.